Pulled In Another Direction...

Last night I took in the Opening Night of The Gravitational Pull of Bernice Trimble by Beth Graham at Theatre Network. On the surface, the play is about children dealing with their aging parent who is struck by early onset Alzheimer's Disease.  More specifically, it is about the middle child, Iris (played by Clarice Eckford), and her struggle to help her mother deal with the disease on her own terms.  To that end, we spend a lot of time with Iris as she tells the story very pointedly from her perspective. She even warns us that the story will be told through her filter as storyteller.  What that results in is vibrant characters in the form of the loud and brassy older sister Sarah (Patricia Zentilli), the withdrawn and tension avoiding younger brother Peter (Jason Chinn) and the warm, beautiful and wise mother Bernice (Susan Gilmour). Iris' filter exaggerates the good and the bad in each of them. 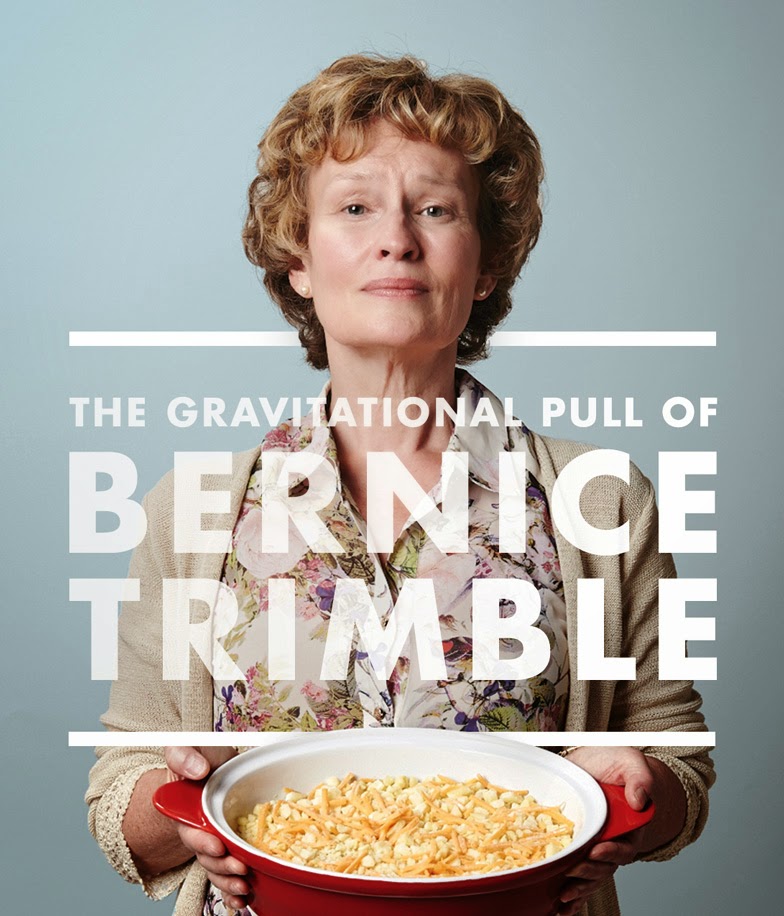 There are many wonderful things with this production. Zentilli is terrific as the outspoken and opinionated older sister, Chinn finds a way to make his limited dialogue worth every syllable, and Gilmour is the mother everyone wants - wise, sad, and poised. Perhaps she is idealized a little by Iris, but Gilmour gives her a realness that is truly moving and heart-breaking.  It is Iris that feels a little lost, but maybe that was the point? Her every insecurity is on display as she narrates and reveals what she is feeling about the awkwardness of the situation she is placed in.  Her desire to avoid the ugliness of the situation but still respect her mother almost made her shrink amidst the larger than life personalities of the other characters, so much so that she sometimes appears to be drowning. My challenge as an audience member was connecting to Iris because I think I would react so very differently to the situation than she does.  In some ways I was horrified by what she 'goes along with' even though she doesn't seem to want to.  It's always the challenge with a first person narrator - the audience member can only relate as far as they can relate to that speaker.  I know from the many sniffles in the audience that there were many people who were completely engaged.  Perhaps they were more like Iris than I am, or maybe because I haven't been in that situation I am meant to seek to understand better what it might really be like to be Iris.  Let's hope I never have to find out first-hand..
Posted by Finster at 4:14 PM