Betroffenheit - So. Good. So. Incredibly. Good. 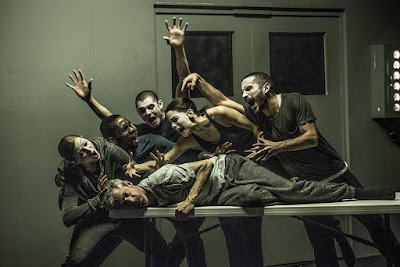 There's something so wonderful about seeing a show that not only lives up to the hype but actually exceeds it. I see A LOT of theatre. I can't tell you the number of times a show has been described to me as "awesome" or "amazing" or "incredible"... I've likely overused those words myself...

When I went to Betroffenheit I was hopeful for a good solid show, what I saw was awesome, amazing, incredible and so much more than I expected. It's hard to describe as it's really a show about a state of being - the state of being after an incredible loss or trauma - and the cycle of trying to get through that and be normal and perhaps the realization that normal will never be normal again. Capturing that seems like an impossible task but somehow they have. The execution is so incredibly precise you feel like like what you are watching can't possibly be live - but. it. is. And while so precise, the performers are also at all times 100% present - nothing feels false - it's surreal in many ways, but always right there in a very honest and real way.

Really, you just have to go see it. And then when you next see me, just say "Betroffenheit" and we will nod at each other and say, "yeah... "

Getting back into life after a month of conferences...

I know it may not seem like it, but I actually have seen quite a bit of theatre this past month. However, between the shows and the fact that I have spent the past three weekends at conferences (Women's Directing Intensive with Carey Perloff (Banff), imedia (Edmonton), and Community Theatre Summit (Banff)) that I haven't had much time to blog about it all...

So, this month I saw: 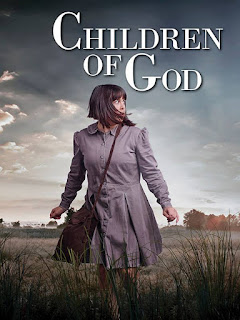 Children of God at the Citadel - A musical about the impacts of the residential school system focusing on one family: a daughter lost, a son damaged and a mother who had no choices at the time but who is trying to help them heal. The music was gorgeous and the production honest and heart-breaking and it ended with one of the most magical moments of hope and invitation that I have ever experienced. It's gone now to WCT in Kamloops.

Blood of Our Soil by Pyretic Productions - Built from testimonials and personal investigation, this show told about the history of the Ukraine from the perspective of a young Canadian women reflecting on her relationship with her now deceased grandmother. In a way it was two plays in one as the first act was very different from the second in how it told it's story. It was a compelling piece that certainly exposed me to world history I was unaware of. 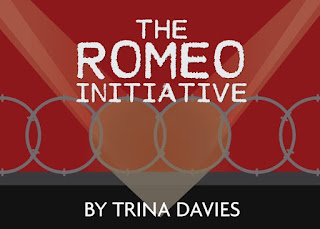 Romeo Initiative at Skirts AFire - Did you know that in post war Germany the East Germans cultivated men to romance West German office workers to gather intelligence? I didn't, but now I do. The play was fascinating with it's twists and turns and it demonstrated the complexity involved when romance is combined with espionage.

Outside Mullingar at Shadow Theatre - A very Irish play about two misfits who live next door but who should definitely be together. Funny, charming and sweet.

The Ladies Foursome at the Mayfield - Following the death of one of their friends, 4 women play their traditional weekly game of golf. There are many laughs and secrets revealed. Not Norm Foster's best script but a quartet of solid actors lifts it up. 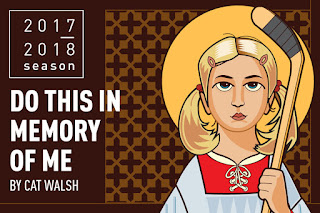 Do This in Memory of Me at Northern Light Theatre and L'Uni Theatre - Such a great show - great script, terrific trio of actors and excellent direction. Of course I might be biased because I hit a lot of the markers having been raised Catholic with hockey playing brothers. This was funny and sad, and tackled gender roles, and the power of prayer, with whimsy and magic.

Poison by Wildside Productions at Theatre Network - An estranged couple reunites at the cemetery 9 years after the death of their son. This was a challenging piece - the first third a little uneventful but it picks up and then the last third was very compelling. The acting was strong, but the script itself challenging. Perhaps it's the nature of a translation.

There will be more... I just haven't gotten my list yet!

You can always count on CITY OF ANGELS for a great night of musical theatre! 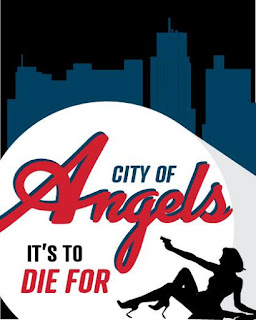 I had the chance to take in City of Angels at Grant MacEwan University (in the new Triffo Theatre) on Tuesday night. It was World Theatre Day so it seemed appropriate to see a show! City of Angels is one of my favourite shows which has several roles that I would personally love to play (I've aged out of a couple of them... but I could still play Donna/Oolie!!). Anyhow, I love the Cy Coleman score and the concept of the show which plays on film noir and Hollywood tropes.

Set in Hollywood in the 1940’s the show follows Stine (Joshua Travnik), a young novelist attempting a screenplay of his bestselling novel for movie producer Buddy (Austin From). This is intercut with a film noir enactment of the film in progress which tells the story of detective Stone (Anthony Hurst) and his search for a missing girl. Travnik and Hurst are terrific vocalists and actors and they do an excellent job of capturing the style required for each of their worlds. They both hold their own onstage and the Act One closing duet, "Your're Nothing Without Me" is really outstanding  From plays Buddy with an appropriate bluster and roughness and doesn't shy away from the unlikable qualities of his character which makes for a lot of fun.

The Director Leigh Rivenbark chose to not do the traditional doubling casting where actors play parallel characters in the 'real' world and the 'film'. I wasn't sure how this would work, but it did for the most part. It certainly allowed the production to showcase the talents of more of the class. It would have been nice to see a little more matching of the roles, however, if only for the audience to understand that Bobbi (Daniela Fernandez) & Gabby (Isabella King) and that Carla (Amalia Gonzalez Chovanec) & Alaura (Chariz Faulmino) are parallel characters. It's clearer with Donna (Kendra Humphrey) and Oolie (Jaclyn Kucey) because their song connects them. In this group of powerhouse women, there are no weak links. Faulmino plays her role with attack and sass and despite her small stature she has a huge voice. Fernandez has a appropriate level of brokenness and the duet of "With Every Breath I Take" between her and Hurst is the best I have ever heard. King brings intelligence to her role that makes you understand why Stone loves her and needs her. Humprey and Kucey play their 'Girl Friday' roles with a nice contrast and they each add their own tone to "You Can Always Count on Me" (however, I was hoping that with the role split there was a way to bring Oolie back for the end of the song... I know, I know... it's not written that way...).

I must also give kudos to the set design (Robyn Ayles) and how it's used. As the show flips back and forth from scene to scene much like a movie does, this production uses shadows, projection and a revolve in addition to hidden doors and a truck to make those switches as fast as they need to be. They do an excellent job at the film reel atmosphere really lends itself to creating the world. Costume designer Megan Koshka has also helped with the black and white aesthetic (right down to the black lipstick) in the movie vs. the Technicolor feel of 40's Hollywood. The ensemble also commits completely to whichever world they're in and you can tell they enjoy embracing the accents and attitudes.

Anyhow, the show runs two more nights until March 31st. It's a fun show with wonderful music and if you like that Hollywood glamour and a hard-boiled detective story, I encourage you to check it out!

Click here for tickets.
Posted by Finster at 12:04 PM No comments: