It doesn't really ever quiet down in the #yegtheatre scene. It's a great thing for those of us who love to see a lot of varied shows!  Here's what is onstage in Edmonton in January of 2019 aka "Time to fill in the brand new Calendar"!

Last year they served up Twelfth Night and created a cozy atmosphere in the church. This year it's a little darker, so I am really wondering what the decor will be as it stays up throughout most of January!
Click here for more details or to purchase tickets.

Sweat at the Citadel Theatre - January 12 - February 3 in the Shoctor Theatre.

It was part of my former job at the Citadel to read all the scripts in advance of the new season. When I read this one, I cried. It's raw and very honest and will break your heart when you least suspect it. In the current economic climate of Alberta, with many laid off and struggling to find work, it speaks to the desperation and tensions that we see around us. Anyhow, It's my most anticipated show of the 2018-2019 season.
Click here for tickets or more more details.

Theatre Network & Ghost Writer Theatre presents The World Premiere of Minerva - Queen of the Handcuffs, January 15-27 at The Roxy on Gateway.

If you're a fan of magic and escape artists, this show might just be for you. Minerva – Queen of the Handcuffs is the true story of the world’s most famous female escape artist and her rivalry with Harry Houdini. This world premiere production features Edmonton’s own master escape artist, Miranda Allen.
Click here for more information or to purchase tickets. 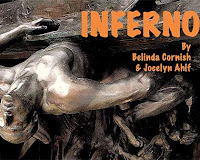 It's more circus and death-defying acts in January as Firefly plunges into a modern, spectacular retelling of Dante’s epic adventure poem, Inferno. Using Aerialists, Acrobats, Actors, Contortionists, and a small dog, it's the ultimate journey through the Nine Circles of Hell.
Click here to purchase tickets or for more information. 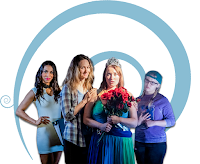 When her awkward daughter in-explicitly wins the local Miss Teen Pageant, a struggling single mother seizes the opportunity to improve her family’s difficult circumstances. Determined to help her daughter succeed, she resorts to increasingly desperate measures, even as the glare from the spotlight threatens to expose her eccentric methods and tear the family apart.
Click here for tickets or more information.

Canada 151 at the Mayfield Dinner theatre runs to January 27.

The Mayfield celebrates 151 years of Canada. They conjure up artists, performances and historical moments of the last 151 years – Bryan Adams, Shania Twain, Celine Dion, Anne Murray, The Guess Who, Alanis Morrisette, The Tragically Hip and dozens more for the biggest all-Canuck party of the year.
For more information or for tickets, click here. 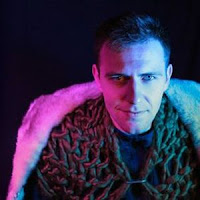 Cardiac Theatre presents KaldrSaga A Queer Tavern Drama for A Midwinter's Night from January 11 - 26 (Tuesdays, Fridays & Saturdays) at The Almanac on Whyte.

Kaldr and Saga are best friends whose lives are separated by mountains. Once a year, in the dead of winter, they journey to meet each other in the middle for a pint at their favourite pub. Storytellers by trade, they conjure up tales and epics from their 365 days apart. Inspired by Norse tales and traditions, KaldrSaga finds pride in queer stories that have been silenced by history.
Click here for more information or for tickets. 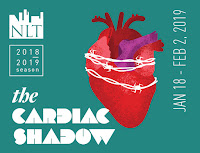 Based on a true story – Four women are procured from the Ravensbruck concentration camp, hand-selected by SS Second Lieutenant Dr. Sigmund Rascher for a series of experiments specifically designed to measure the human body's endurance to extreme temperatures - tests that would benignly come to be known as the Cold Conference. The voices of these four women have since disappeared. Where does the human spirit go when the body must remain behind, frozen inside an atrocity?
Click here for more information or for tickets. 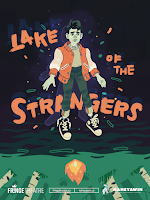 Fringe Theatre Adventures presents Lake of the Strangers from January 22 - February 2 at the Backstage Theatre.

Lake of the Strangers in a powerful new play by Hunter Cardinal. Inspired by ancient Nehiyaw mythology, this story follows two brothers in their last summer adventure. Through forests, rivers, and not knowing, Lake of Strangers is a journey of two brothers finding each other and themselves.
Click here for more information or to buy tickets.

There's a lot to get you started!

Posted by Finster at 3:56 PM No comments:

Starting the New Year with a Little Magic! The Illusionists with Broadway Across Canada!

How to kick off 2019 in a big way? Attend the Broadway Across Canada production of The Illusionists on New Year's Day like I did! Well, it's here until January 6th, so you can still start the year off in a really magical way! 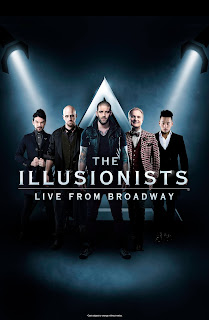 I took Gibson as he has always been intrigued by magic (we often watch Penn & Teller's Fool Us) and there were so many times during the show where we would turn to each other and say "HOW?!?!?". There are five illuisonists and the show moves briskly from one outstanding trick to the next. two of the performers, Colin Cloud (The Mentalist) and Andrew Trent (The Futurist), have a bit of the stand up comedian in them so there is also quite a bit of laughter. Trent was particularly fun with the close-up magic (it's all filmed and projected so you can see it very clearly) and Cloud's Sherlock Holmes mind-reading tricks blew my mind! Jonathan Goodwin (The Daredevil) was more of a physical extremes guy, escaping from a straight jacket at great peril and lying on a bed of nails (pardon, nail), leading up to a very cool crossbow trick. The young audience member next to me, kept saying, "He's not going to do it
AGAIN?!" and seemed quite worried about the safety of everyone involved. An Ha Lim (The Manipulator) does things with cards that will blow your mind - his card 'dance' was Gibson's favourite act in the show. Darcy Oake (The Grand Illusionist) comes with Canadian cred and I think his understated style really underscored the amazing tricks that he was pulling off.

It was a great night and Gibson and I have talked so much about it, that Mark is looking into getting a ticket for himself for Friday night. I am pretty sure Gibson would go with him again, even having seen the show once!

The Illusionists runs to January 6th at the Jubilee Auditorium.
Click here for tickets.

Posted by Finster at 1:44 PM No comments: