Looking Ahead to April for #yegtheatre

April bring with it Auditions for Chess, the show I am directing for Walterdale Theatre. So I had to take a little time to look ahead and plan my theatre options.  There are quite a few good options but fortunately not as many as the past two months.  Rehearsals make it hard for me to see stuff!

Anyhow, here are a few things I am looking forward to:

Northern Light Theatre's The Passion of Narcisse Mondoux: Narcisse Mondoux (played by the always excellent Brian Dooley) retired Master Plumber, sets out to woo the recently widowed Laurencienne Robichaud — at her husband's funeral. This is a co-production with L'Uni Theatre and will alternate between performances in English and French - how cool is that?! I'll be taking in the English show for sure, and I hope to fit in the French version. 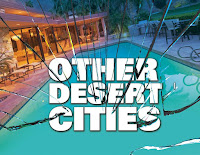 The Citadel Theatre's Other Desert Cities: A sharp, smart comedy-drama about family secrets unearthed. When I read this script a few years ago I wished I could be in it - it's so well-written and unwraps in a way that stabs you in the gut (playwright: Jon Robin Baitz). It's also incredibly current as the family has liberal/conservative (democrat/republican) divides complicating the parent-child relationships.

Mayfield Dinner Theatre's Hair: Let the sun shine! I imagine this is going to be a groovy show, filled with peace and love. I've been enjoying the shows at the Mayfield this season and am looking forward to their take on the Age of Aquarius! 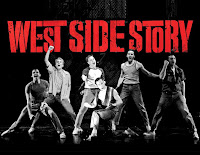 The Citadel Theatre's West Side Story: I've been walking around the office snapping my fingers and singing Tonight and America.  I think I am ready to see this show! I was also blown away by the Citadel/Banff Centre Professional Theatre Program Cabaret a couple of weeks ago and can't wait to see this group of extremely talented triple-threat actors onstage in the Maclab. I'm particularly looking forward to Melanie Piatocha singing Somewhere. 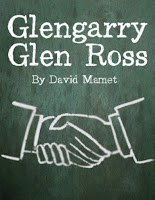 Walterdale Theatre's Glengarry Glen Ross: Mamet. There it is.  More f-bombs per page than any play has a right to. A strong cast of some of my favorite actors.  It opens next week and I am really looking forward to seeing it.  It may not have the Alec Baldwin speech from the movie, but I've watched that a few times in preparation so I think I'm good!

Theatre Network's Gordon: Brian Dooley as a grumpy old man with criminal intent.  I think that works for me. I'll be interested in seeing the contrast with Narcisse Mondoux and I willbe book-ending the month of April with Dooley! Should be fun!
Posted by Finster at 6:34 PM No comments:

Well, this week you could/should go see... A Picasso or The Realistic Joneses...

Well, those are my recommendations.. 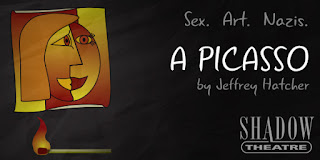 Shadow Theatre's A Picasso is a wonderfully sharp, funny, intelligent piece about Picasso in Paris during World War II. It's themes centre around censorship and art as a political weapon and compromising values in the face of the horrific power of the Nazis. Julien Arnold as Picasso and Alana Hawley as a German cultural attache go toe-to-toe in this two-hander. I saw the play at the Fringe a few years ago with Shannon Blanchet and Arnold and loved it then. This remount is just as sharp and the new dynamic between the actors makes it worth seeing a second time. A Picasso runs to April 3rd at the Backstage Theatre. 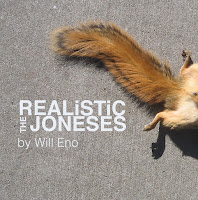 In the Roxy Performance Series, Wild Side Productions presents The Realistic Joneses. I did't know what to expect and I think that is the best way to see this show, because it is truly unexpectedly and unpredictably funny. Two couples, both Joneses, live on the same street and deal with illness and each other. You will laugh out loud and you won't see it coming. It's absurd and realistic at the same time. The cast (Belinda Cornish, Robert Benz, Amber Borotsik and Jesse Gervais) is stellar. The Realistic Joneses runs to April 3rd at C103.
Posted by Finster at 5:52 PM No comments:

Checklist... What I saw just before I was out of town...

Hey, so I was away for the last week of February.  Immediately before that, I saw a few shows but had no time to write about them before I left, so I thought I would do a quick re-cap.  All of them have closed, but that doesn't mean you can't check out the next show from these companies! 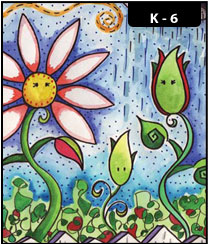 The Early Bloomer by Jana O'Connor presented by Concrete Theatre
I didn't bring my sons to this, because I thought it was for little, little kids but I wish I had.  This was truly a show that could have the moniker 'suitable for ALL ages'.  The story deals with a group of young buds in a garden who are all worried about how they are growing - too fast, too slow, not the right away.  It's applicable to the little ones because of the wonderful physical comedy and silliness, but it's also really timely for those pre-pubescent and those in the thick of it.  The line about their stems getting fuzz would have made my boys hysterical! And for adults, particularly those with children, it was bang-on! The cast of four, Jenny McKillop, Mark Sinongco, Patricia Cerra and Troy O'Donnell, were terrific - funny, physical and totally committed! 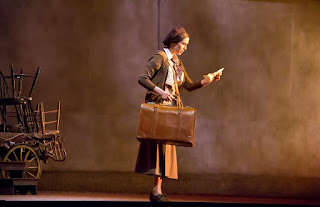 La Voix Humaines presented by L'Uni Theatre and Carmen presented by Edmonton Opera
I saw two operas this month and both were in french. Both centered around emotional irrational woman, however in very different ways. I was blown away by the solo performance of Whitney Leigh Sloan in La Voix Humaine - challenging music and singing and SOLO singing for 75 minutes - never mind that it was an extremely emotional journey to sustain supported only by an unheard voice on the end of a phone. With Carmen, I commented on FB that I figured it was the source for the phrase, "Bitches be crazy!" because she definitely was. Great singing all around, fabulous sets and costumes and it was so wonderful to hear so many songs I was familiar with actually in context of the story. My favourite onstage was Lida Szkwarek as Micaela - there's definitely a huge talent there and man-oh-man, what a voice! I'm definitely enjoying seeing shows in French.  I still have to use the surtitles to get everything, but it was fun discovering that I understand more than I think I will! I guess I learned something in my grade 6-12 french classes!

I'm busy this week and next with the crop of indie theatre that is on and going to both high school and junior high open houses... stay tuned for notes about those shows!

Posted by Finster at 5:26 PM No comments:

There's a lot on the go this month for theatre.  The start of the month is jam-packed with indie theatre options so there's really no excuse to stay home! 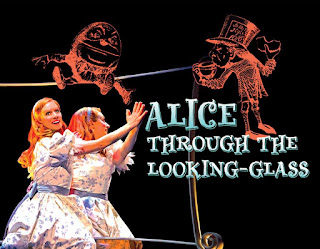 As I mentioned in an earlier post, I've already taken in Hot Mess and The Other, two of the indie options on the docket.

Next up for me is Alice Through the Looking-Glass at the Citadel.  I'm looking forward to seeing the Super-Star Edmonton-cast of this show which promises to embrace the topsy-turvy sensibility of the Lewis Carroll story. The costumes and set are fantastic (designed by Bretta Gerecke) and the scenes I have seen as part of the media call looked very cool.  Can't wait to see the Jabberwocky and the Walrus and the Carpenter come to life! I studied both of the Alice books in University and kind of want to re-read them to refresh my memory... 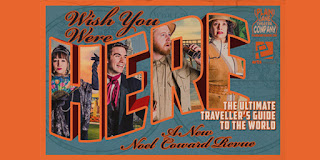 I'll be taking in 2 more shows this weekend. A little musical treat with Wish You Were Here by the Plain Janes and then a hard 90 degree turn with the parent-teacher interview premised Gidion's Knot presented at Skirts AFire. Then next week I will be seeing This is War by Hannah Moskovitch presented by Punctuate Theatre. As you can see, this first half of the month is a real roller-coaster!

I'll check back when I've seen a few and let you know what's up for the rest of the month later!
Posted by Finster at 9:40 PM No comments:

So, um guys, I'm older than I look... These shows were a little bit of a shock to my system...

I've kicked off March with 2 shows that underscored that for me, both of which look at sexual disconnect in the present day.

The first was Pyretic Productions (with Good Women Dance) The Other. The Other tells the story of Sharon (Amber Borotsik), a white girl raised in Bombay by a cheating father and loyal mother, who returns to Alberta to discover the secrets of making pickles and choosing to only have relationships with men who are already married. Her otherness in the world prevents her from really forming commitments and leaving her disconnected. The piece was accented with movement by a chorus of 5 women. The choreography is interesting, and the show feels more like a dance piece than a theatre piece. If you like theatre that's a little more abstract which also incorporates music and dance to augment the story telling, you will like this. 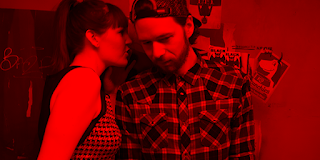 The next show I saw was Cardiac Theatre's Hot Mess.  It was in the basement of El Cortez and the noise from the upstairs restaurant provides an interesting layer to the soundscape of the show.  It feels entirely appropriate for this show that juxtaposes contrasting attitudes toward sex by all four of it's characters. The production is sharp, edgy and unapologetic. It's one of those shows that makes me glad that I am old and not 'out there' because I really don't know where I would fit in the spectrum.

An interesting start to the month of March, which promises to be jam-packed with theatre. I'll be off to Alice Through the Looking-Glass tomorrow night which I think will be a decided contrast to what I have seen already this week!
Posted by Finster at 9:14 PM No comments: