Summer Theatre - THE BAD SEED and THE WINTER’S TALE

We wrapped up The Light in the Piazza this weekend and that opened up for me a bit of time to check out some of the theatre going on in the city this summer. Many companies are quiet or busy getting ready for Fringe, but July is great for shows from Teatro la Qundicina and the Freewill Shakespeare Company (River city Shakespeare Festival). I took in The Bad Seed at Teatro last Friday. Capturing the style and tone of 1950s movie thrillers, this was an excellent adventure in creepiness. There were many moments of shoulder shuddering resulting from a look or phrase from Rhoda, the child in question, played by Lila Solymos. The entire cast embraced the stylized tone of the piece and it was picture perfect. Nicole Elbro’s journey as a mother learning more about her child than she can handle is excellent, as is Cathy Derkach as Monica, the neighbour who talks too much (it’s a good thing). It’s the whole nature vs. nurture question brought to life onstage, unwrapping clues and building to a satisfyingly terrifying ending, and it makes you wonder if some people are just born bad. We enjoyed it. There were plenty of laughs to accompany the shudders, and Solymos displays a terrific talent in the title role. 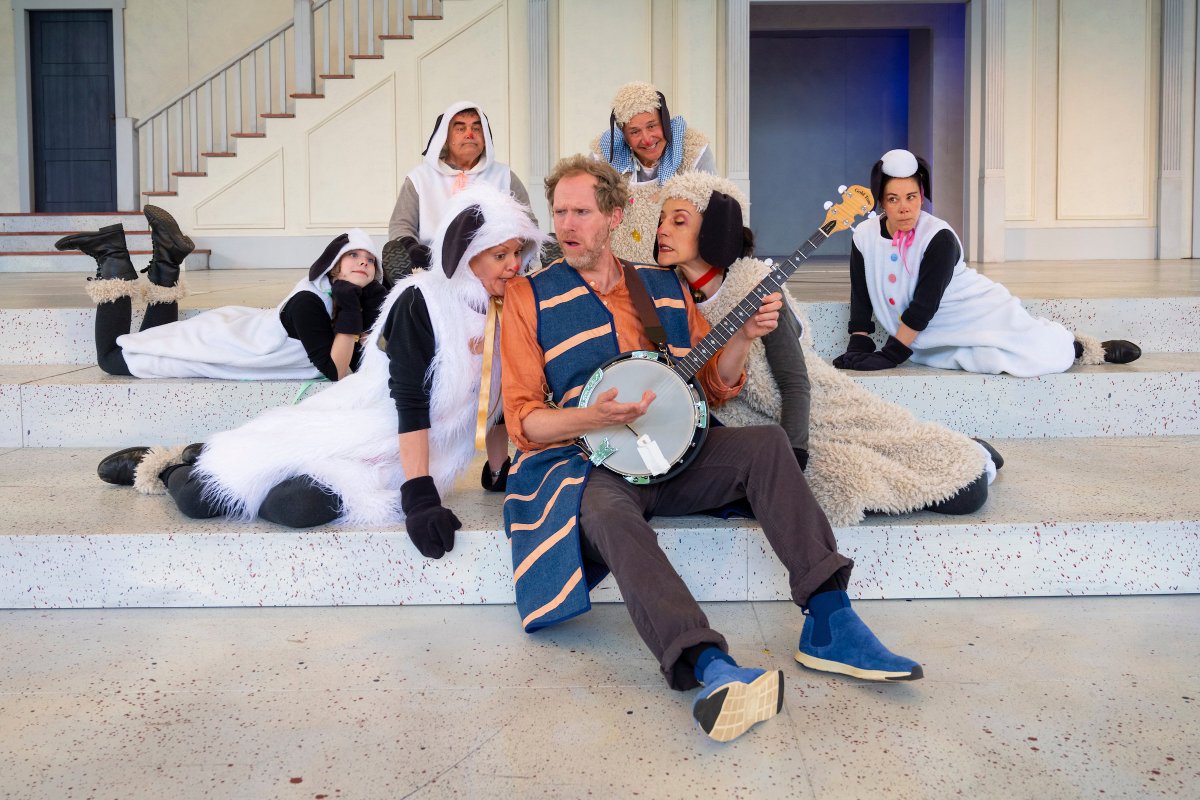 I’d been very curious about all those sheep that kept popping up in my feed in photos from The Winter’s Tale so I headed down to Hawreluk Park on Sunday afternoon to catch the last performance of it. I’m glad I did. It was the perfect day to catch the show and having never seen this particular Shakespeare play before, I was happy to catch it this year. Things turn dark very quickly in the play and the first act feels more like a tragedy, but the reversals and the frolicking in the second act shifts it all back to a comedy. The sheep were very entertaining, as was Chris Bullough as Autolycus, a crooked balladeer and peddler with sticky fingers. Christina Nguyen is quite lovely as Perdita, and the entire cast rises to the task of ‘telling this tale’ stepping forward and back as needed and it flowed quite well. I was happy to see it. I had often heard the play described as problematic, and there are potential pitfalls, but I think since they approached it as a ‘story being told’ it really worked for me.

July Begins with Theatre in Italy! THE LIGHT IN THE PIAZZA at Walterdale Theatre! 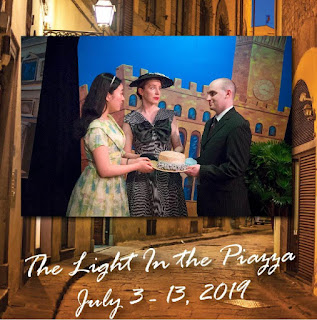 Sometimes you get busy with your life and you have to cut back on things. That happened to me this year. The return to teaching was AWESOME but also very time consuming because I wanted to do it right. It was primarily a junior high drama position and it was splendid - great kids, great projects and a fabulous school!

Now, the thing is, I also had committed to a number of theatre projects over the year (prior to deciding to return to teaching) and not being one to quit anything if drastically cut into my theatre-going and theatre-blogging. I did see some terrific shows that I managed to squeeze in, but based on the Sterlings, I also managed to miss some good ones. Now that school is out, and Fringe looms in the near future, I will be getting back to theatre going and blogging all about it!

First up is actually a show I have been directing for the past few months - The Light in the Piazza at Walterdale Theatre. It runs July 3-13 (there is a Student Preview on Tuesday, July 2nd). Tickets run about $20, but there are some options for those looking for a deal. Thursday, July 4th is 2-for-1 Thursday (come see the show and bring a friend!), and Tuesday, July 9th is Pay-What-You-Can night! Tickets have been selling really well though, so you might want to get yours in advance from www.tixonthesquare.ca 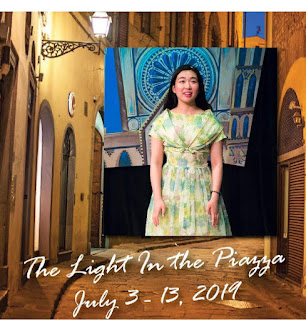 The show is beautiful! I know, I'm the director, but it does look and sound gorgeous. I have been working with Music Director Ron Long and he is not only super fun to work with, but his background in vocal teaching has really been a bonus with the challenging score. The cast has also been a joy to work with. I leave rehearsal every night with a different ear-worm from the talented performers on the stage. Right now I am hearing The Beauty Is sung by our Clara, Heeyun Park. Her voice is pretty spectacular so I don't mind! Not only does the show sound good, but my Creative Team (Joan Hawkins - Set Design; Karin Lauderdale - Costume Design; Brad Melrose - Lighting Design) has created a beautiful world for us to play in.

Anyhow, if I keep writing I will just keep gushing, best that you come and see it for yourselves! Opening Night is almost Sold Out, but you can still get tickets if you act fast. I'll be there Opening and Closing and a couple of nights in between - so hopefully I will see you there!

Photo Credit: Scott Henderson; Henderson Images
Posted by Finster at 9:27 AM No comments: