I guess I truly began the marathon with Once at the Citadel. You still have a chance to catch it tonight or tomorrow. If you are looking for a little romance and music, this kitchen-party show will fit the bill! 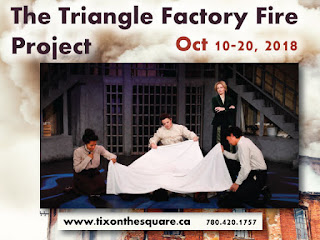 On Wednesday, I took in The Triangle Factory Fire Project at Walterdale Theatre. A nearly sold-out house witnessed the events of March 25, 1911 as the Triangle Waist Factory Fire took the lives of 146 workers and the subsequent trial of the owners of the factory. The first act was incredibly engaging and compelling as the story of the day was pieced together from testimony of survivors and speculation of events based on the evidence. The second act focuses on the trial, and it made me reflect on the voicelessness of those without power. In light of recent history, it felt incredibly relevant.

The Triangle Factory Fire Project runs to October 20th with shows at 8 p.m. and a 2 p.m. Sunday matinee. Tuesday, October 16 is their Pay-What-You-Can Night. Click here for tickets. 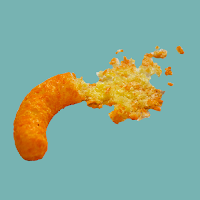 Last night, I took in Billy (Le Jours de Hurlement) at L’UniThéâtre. It's a very strong, well-acted and well-directed piece of theatre. In today's world of social media shaming, it felt incrediblty relevant as a comment on judging others. I certainly had flashbacks to my early years of parenting when I felt everyone was quick to tell me what to do and I myself had so many strong feelings about the 'right way' to do things. The play showed the ugly side of people's judgement, when evidence is incomplete and minding our own business might be a better choice. I took Mark, who commented afterwards, "It's a play a lot of people should see, but sadly I think they would miss the point." It takes a lot to recognize yourself in the three characters, but I think we are all a little quick to judge in today's day and age.

Billy (Le Jours de Hurlement) runs to October 20th with shows at 7:30 p.m. at 1:30 p.m. Saturday matinees. For those who are not French speakers, there are English surtitles (sit on the right side of the house for the best view). Click here for tickets.

Tonight I am off to Lenin's Embalmers at the University of Alberta Timm's Centre for the Arts.