On a day like today, it was quite delightful to spent the afternoon and the evening in air conditioned theatres, particularly since my van's AC has crapped out (great timing...).  Anyhow, it's even better when the theatrical fare is entertaining and well done! 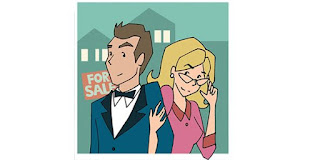 I took in Teatro la Quindicina's newest offering, Saint Albert, in the afternoon.  A last minute cancellation of my original date combined with great timing on behalf of my husband meant for a surprise afternoon date.  He'd never seen a Teatro show before so it was nice to finally introduce him. He had fun and I think he'd go again. The show is a bit hard to describe without spoilers, but provided quite a few laughs especially from Jeff Haslam as the mysterious Magnus.  There's also a terrific song, Onion Bun, evidence of the Europop success of Desi played by the bright and perky Rachel Bowron. I am hoping that we might be able to download it eventually.  It was super-catchy in the spirit of ABBA and Aqua! Following the show, my husband and I had a terrific chat about various historic Alberts and we felt a sequel with Albert Einstein could be a lot of fun! Saint Albert runs until July 4th at the Backstage Theatre. 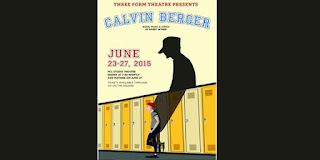 Then we went home, had a great steak dinner off the BBQ and gathered the boys and took them to see Threeform Theatre's Calvin Berger, a modernized musical version of Cyrano set in high school. The boys are getting to the age where real children's theatre is too young for them and I was pleased to take them to this.  They both had a great time and Oliver in particular found it hilarious.  He's almost 14 so the activities and emotions of high school students was particularly compelling.  All four of the actors (Matt Graham, Mackenzie Reurink, Sydney Williams and Kirkland Doiron) in this show were terrific. The score demands big, competent voices that soar and there was no problem with that.  We really have some talent in this city.  These are young up and comers that I expect we'll see more of in years to come.  They were also quite funny and worked well as an ensemble.  It closed tonight, but keep an eye out for more Threeform Theatre work as I have been impressed with everything of theirs that I have seen.

Tomorrow I am back at rehearsal for both my Fringe shows, SHOUT! and Double Double.  I'm pretty sure that part of me will be wishing I was back in an air conditioned theatre, but the rehearsing is going very well and I get  bit of a break from Canada Day through the weekend. It's summer folks!