Looking Ahead - What I'm Hoping to See Onstage in January 2016! 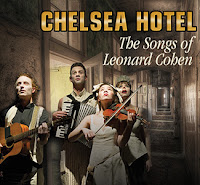 I will see my first show of 2016 tomorrow when I take in Dirty Dancing at the Jubilee Auditorium as part of the Broadway Across Canada series.  I'm not sure exactly what to expect, but I have a feeling I will know the music and that nobody will be putting Baby in the corner! No doubt I will have the time of my life! ha ha!

Then it picks up next week when Chelsea Hotel: The Songs of Leonard Cohen opens at the Citadel. I'm looking forward to getting it all rolling. This show already has terrific buzz about it as it has played to filled houses along it's tour. I'm also looking forward to the music.

Next on the list is Flora and Fawna's Field Trip (With Fleurette) at the PCL Theatre presented by Northern Light Theatre. I saw this show when it was at the Fringe a couple of summers ago and it made me laugh and cry. It's such a wonderful piece about acceptance and friendship and being unique and different and that's okay. I've heard that Opening Night is already Sold Out so I'd advise getting tickets in advance.

Following that I will be taking in Who's Afraid of Virginia Woolf? at the Citadel.  A fitting selection for the 50th Anniversary Season as it was the premiere performance when the Citadel opened it's doors. It's one of my favorite plays and I am looking forward to seeing the sparring between George and Martha!

Then, it's on to a new work with Bravo at the Backstage Theatre presented by Shadow Theatre. Bravo is written by Lethbridge playwright Blaine Newton who I served with on the APN Board of Directors.  I am looking forward to seeing this new Alberta play on stage!

Finally, I will be taking in Krystle Dos Santos 'Blak as part of the Made In Edmonton Cabaret Premiere Series at the Citadel.  I've been reading so much about the need for diversity in theatre, this one has me intrigued. It's billed as an artistic exploration of black culture in Alberta and created by those diverse voices themselves. I am looking forward to this, as well as hearing the music.  I missed Dos Santos last season when her Beyond the Stage show Sold Out but I heard nothing but amazing things about her show. 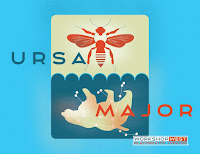 There's also Workshop West Playwright's Theatre Chinook Series at the end of the month.  I'll be seeing Ursa Major for sure and also checking out the offerings for a few other options.  There is definitely no shortage of good things to see this month!

Im curious what you'll think of Dirty Dancing--didn't like it much at all--found it to be flat and low energy, lacking chemistry with the leads....just me, maybe?

I've heard it's not really a *musical* - more a play with music - so I plan on enjoying the dancing and the nostalgia. These movies to musicals always confuse me a little but every once in a while there's one that is a delight (Legally Blonde) so there's always hope. And of course, I plan to have a couple drinks with dinner, that never hurts!